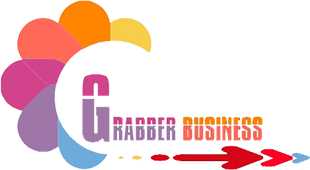 [How to Live Life to the Fullest While Living in San Antonio, TX]

by grabber admin
in LIFESTYLE
0

[How to Live Life to the Fullest While Living in San Antonio, TX]

Military city USA is home to seven different military bases and several varying schools.  Not only is the military a strong presence, the city is essentially a college city with one of the strongest medical programs in the US.

This also makes San Antonio a big business city.  If you need corporate housing, you can easily find it here through Traveler’s Haven in the heart of downtown San Antonio or out in the relaxing Hill Country.

Combine all of the above with a rich culture that earns the city the name “Little Mexico”, and you have found yourself in the heart of South Central Texas. Whether or not you are traveling for pleasure or for work, San Antonio has it all.

Plus, with all of the recent highway construction, traveling outside of San Antonio no longer takes several hours.  If San Antonio isn’t striking your fancy, there are other towns like Helotes (Hello-tis), Gruene (Green), New Braunfels ( New Brawnfuls), and Boerne (Ber-knee).

If the clubs or bars are more your scene, then you’ll want to try out San Antonio’s party street, St. Mary’s.  This area is home to dozens of different bars, wineries, drive through alcoholic drink shops, and more.

Both students, professionals, blue collar and more come together at pretty much all of these locations.  If you expand a little further outside of the Strip, you’ll find downtown attractions, unique shops and bars, as well as more historical streets to walk along.

San Antonio is a vast city with an interesting connection to nature.  While the city follows the laws set by Ladybird Johnson about beautification, the city has a series of connecting parks that is specially curated to connect the wilderness that is on either side of the city.

State  Parks are incredibly well maintained in San Antonio and the city also has several initiatives to rejuvenate endangered birds, spiders, and more!  Even San Antonio’s water system is directly tied to an aquifer that is home to a very rare species of salamander.

From one of the best zoos in the states to Ripley’s Believe it Or Not Museum, you won’t be wanting for entertainment in this city.  There’s an entire district of museums, plenty of art galleries, antique shops galore, and so much more.

If sports and extreme things are more your speed, there’s Indoor Skydiving, multiple award winning golf courses, several community centers with local games, and other sports such as kayaking, skating, boarding, biking, hiking, swimming, and rock climbing.  No matter what side of town you are on, ou will always find something available to do that will create some of the best experiences in your life.

The last big attractions within and around San Antonio are it’s entertainment parks.  Six Flags, Sea World, Splash Town, river and lake resorts galore, and countless water activities all available either within the city or along their outer highway.

Vibrant is quite literally an understatement when it comes to San Antonian culture.  If you want a city that has a melting pot of cultures, foods, and more, then you will find no end of entertainment and valuable experiences.

All over the city, you can find a strong combination of Korean, Mexican, Vietnamese, German, Black, West Asian Indian and Indigenous cultures.  This combination really adds to the heart of San Antonio.

While the sides of the city are divided, sometimes even by a single street, you will always find a little bit of every culture in San Antonio.  Most cultures are united in San Antonio through food, festivals, and fellowship.

San Antonio is not a city that never sleeps, but it is definitely a city that knows how to party.  There’s a running joke among locals that San Antonio parties for anything and everything.  It’s so true!

There are festivals for every major holiday, several government holidays, monthly marches, and endless events all over town, every single day.  If you try to attend everything that is going on, you will get overwhelmed!

Even though no one likes to talk about the difficult parts of history, San Antonio has had to embrace some very hard stories about their past.  In the heart of San Antonio, you will find the Alamo and several other missions.

These missions were frequently used as ways for Tejanos (Individuals who lived in Texan land before it was separated/stolen as a state) to hold up and fight back against those who wanted to take their land.

When you go to San Antonio, remember that the big cultural bond between everyone is respect.  Not everyone follows that anymore, but a smile and nod of respect does everyone some good.

Tags: San AntonioTX][How to Live Life to the Fullest While Living in San Antonio
Previous Post

How to Get a Loan with Bad Credit

What is the Rice Purity Test? What Does My Score Mean? Everything You Should Know

What you need to know about the recent hair straightening lawsuits

How can a career coach help you?

Reasons to Consider Using Extensions on Your Hair

How to Design a Bedroom That Reflects Your Personality

How to Get a Loan with Bad Credit